On The Table Read, “The Best Book Reader Magazine in the UK“, author Andrew Vincent discusses his new spy thriller book, The Secret Of Haditha, and what inspired his writing.

I interviewed author Andrew Vincent about his life and career, his debut novel, The Secret Of Haditha, and his creative writing process.

My name is Andrew Vincent and I’m releasing my first novel in May, called ‘The Secret of Haditha’. Published by Cranthorpe Milner it tells the story of one man’s battle between his family and his country.

I found books relatively late in life after my sporting career as a player and coach began to end and I needed something new to occupy my mind. I always enjoyed a good thriller though but was more likely to find it at Blockbusters rather than Waterstones. However, that all changed when I borrowed a book called; Tinker, Tailor, Soldier, Spy by John Le Carre and as you can imagine after that I was hooked.

I never really had any ambition to write a book myself but as I read more, predominantly Michael Connelly and Lee Childs I began to wonder if I could do something myself. It was only when lockdown hit that I actually got the chance, and I went for it on day one. I wrote a chapter a day for a few weeks and then started reading it over zoom to my parents in the evening- I think it gave us all something to look forward to in that period!

What made you want to write The Secret Of Haditha?

The excitement of creating my own unique story.

The Secret of Haditha is a Spy/Crime thriller that focuses on the main character John Cooper’s battle between his country and his family.

As his past finally catches up with him and his whole world hangs by a thread, he is forced to except the terrifying truth that no matter how far you run from your past it will always find you.

Its due to be realised in May and I will be doing a number of pre-release events in the next couple of months that you can find on my blog – https://thesecretofhaditha.wixsite.com/andrewvincent

What were your biggest challenges with writing The Secret Of Haditha?

Re-writing each chapter about 20 times.

A couple of close friends and heroes from books and film, I guess.

A mix of characters I have come across really,

What is the main conflict of The Secret Of Haditha?

The conflict between your family and your duty!

Did you plot The Secret Of Haditha in advance, or fly by the seat of your pants and write freely?

I planned it out in some detail but allowed it to take me to the milestone points however it wished. 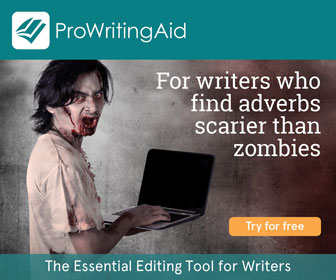 Did you get support with editing, and how much editing did The Secret Of Haditha need?

Yes, from my publishers.

Write a book because you enjoy the process, it’s like reading a book but you get to tell the story yourself, expand on the characters you like, that sort of thing. Don’t do it to make money, I’m certainly not! LOL

I’m new to it to be honest, but I’ve already had a number of really positive, interesting conversations with some really interesting people. It seems like a calm place to enjoy your hobby with likeminded people.

I’ve started writing a sequel but the war in Ukraine has affected the back story, so I need to have a re-think on that, but the plot is ready to go!

I am, but I think I will reserve judgment until a few people actually say it’s quite good, fingers crossed.