I interviewed author Cheryl Campbell about her career, what inspires her to write, and the creative process that went into her new book; Echoes Of Fate.

I was born in Louisiana then transplanted to Maine in 2001. I have a varied background in art, herpetology, biology, emergency department and critical care nursing, and computer systems. I am a resident of Maine, but in 2018 I returned to a wandering lifestyle which I first did during my graduate studies of garter snakes on Maine islands. I’m not usually in one place for too long before heading off somewhere else with my laptop and dog.

Around 2009 or 2010 I heard a song that sparked an idea to write something much bigger than the fan fiction I had been writing. That idea morphed a lot over that first year until I landed on a YA fantasy that turned into the Burnt Mountain series. 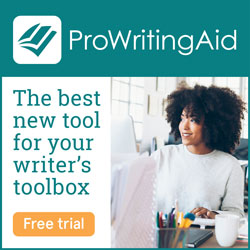 When working on this initial YA novel, I did a lot of scribbling on paper with frequent starts and stops during the writing process. It was about six months in that I changed gears to start writing almost daily.

Around three years. I didn’t really know what I was doing, so that first book went through several revisions before being finished.

The idea for the scifi trilogy hit me in the spring of 2017. I started writing this latest book, Echoes of Fate, Book Three in the Echoes Trilogy, in the summer of 2019. I finished the first draft Sept 2020, and it released 2 November, 2021.

Focusing on your latest release. What made you want to write Echoes Of Fate?

What were your biggest challenges with writing Echoes Of Fate?

The extensive research around amphibious assault landings and naval warfare was a hurdle since I knew absolutely nothing about them. I found great resources online and with folks that had served in the military, but there was a time element to all the research that took away from writing time. Also, January 2020 introduced some family emergencies, frequent flights between Boston and New Orleans since my family is in the South, and ultimately a death in the family in March 2020.

Those months took a lot out of me physically, mentally, and emotionally. Once I made it back to Maine after being away for the family events, work happening at my apartment inhibited my ability to work and write while there, so I left. With the pandemic and being displaced from the apartment for a few months, it became clear that I needed to move out of the apartment for good since the work happening there wasn’t wrapping up quickly. I did a temporary relocation to stay with friends in Massachusetts.

A few months later I moved again. These events created significant disruptions in my writing schedule, but I did my best to write when I could. Sometimes when I didn’t have the energy to do the research or writing for the novel, I wrote other smaller pieces just to be writing something. First drafts usually take me about 10 months to do. This one took 15 months, which given everything that came at me during that time frame, I’m still pleased with the timing and the result.

No one in particular inspired me for the protagonist, Dani. I think it was more character traits and the character arc that I wanted for Dani that ultimately created her. I mooched the protagonist’s first name from a girl I played softball with in high school.

I researched World War I and II for the trilogy and I would say Hitler influenced how I developed my antagonist, Rowan and the rest of the genocidal Wardens.

What is the inciting incident of Echoes Of Fate?

Dani discovers that a former ally has tanked morally and ethically, making her a new and very real enemy.

What is the main conflict of Echoes Of Fate?

Dani’s external conflict is with both the Wardens and the war that seems endless. The longer she stays involved in the war, the likelihood of her dying increases.

Dani’s internal conflict is her escalating desperation to find a way to end the war while not becoming so desperate that she will compromise her own morals.

Did you plot Echoes Of Fate in advance, or fly by the seat of your pants and write freely?

I’m a plotter, but I plot in pencil. My outlines and note cards are in pencil, so I plan things out but allow for some flexibility. I will sometimes pants a scene when I get stuck on something. All or most of it typically gets tossed, but pantsing gets me unstuck every time.

Did you get support with editing, and how much editing did Echoes Of Fate need?

I worked with an editor that does a combination of developmental and line by line editing. Once he finished, the manuscript went to a proofreader who also did a bit of editing for the final polishing touches. This latest novel didn’t need any big overhauls within the story. I had written an epilogue for it that I wasn’t sure would stay, and it didn’t. The editor and I both agreed it wasn’t needed, so it got tossed.

The process will be a long haul and a ton of work, but don’t rush things. Set your milestones and celebrate when you reach them.

My current work in progress is a standalone novel set in Louisiana that is a horror/thriller mashup. I’ve had thriller elements in my prior works, but horror is a new genre for me to work with and it has been fun to push myself in a new direction.

At the same time I got the idea for the horror/thriller, I got an idea for another scifi novel set predominantly in space and unrelated to the Echoes Trilogy. I’m actively writing the horror/thriller novel with the scifi idea on a side burner for now.

Echoes of Fate: Book Three in the Echoes Trilogy | IndieBound.org

Echoes of Fate: Book Three in the Echoes Trilogy: Amazon.com