On The Table Read, “The Best Book Reader Magazine in the UK“, Kelly O’Flaherty talks about her new mental health book, Cuts & Bruises, and the experiences that inspired her to write it.

I interviewed author Kelly O’Flaherty about her life and career, what inspires her, and the story of her new book, Cuts & Bruises.

My name is Kelly O’Flaherty. I’m an author who lives in Dublin, Ireland but was born in Cork. I also work as a Visual Effects artist which I greatly love. In my spare time, I read books in various genres and also love playing video games, watching TV shows and movies.

I’ve been writing since I was very young. Writing has always been a part of me, but I guess the true spark was the Harry Potter series. I grew up with the series, as each book came out, and each story was completely different to anything I had read before and it really blew my little mind.

Sure enough, I realised that I wanted to create my own world and stories, too. I wrote a totally-not-influenced beginning of a novel at 12 years old, submitted it to a school writing competition and my teacher was impressed enough to read it to the class. I think that was the first time I really thought maybe I could be a writer. Unfortunately, I didn’t win that competition because someone came up with a better idea or something after hearing mine, who knows …

That story was basically Harry Potter meets X-Men. I wanted to keep going with it at the time, but it just kinda fizzled away. 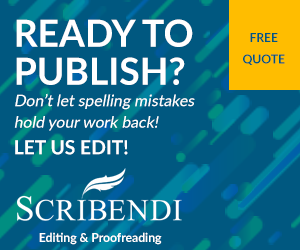 I first started thinking of the story that would become Cuts & Bruises when I was around 14 or 15 years old. I had a friend back then who encouraged me to write through the things I was feeling. I started to keep a journal, and sometime later decided to work my experiences into a story. It was a great therapeutic tool for me, something to help me express myself and to understand myself.

That depends if you count the hiatus as mentioned above! The very initial draft was 15 years ago. But the version that really became Cuts & Bruises was written about four years ago, I think. That might seem like a long time, but it’s not. I wrote the rough draft in two months, and then went through various stages of editing (and breaks) and beta reading before it was ready to be sent to publishers. Then, finding the right home for your manuscript can take a good while as well.

What made you want to write Cuts & Bruises?

I touched on this above. When I was a teenager, I was struggling with depression and self-harming tendencies. I turned to writing as a therapeutic outlet. I ultimately put the story aside as I needed to focus on recovery and I didn’t think it was any good anyway.

Years later, completely unexpected, the story returned to me in a flash of inspiration, demanding to be written. I saw clearly all the things that were wrong with the original plot, and all the things I wanted to say through it, all the things I needed to say.

Mental Health is something I care deeply about, and I truly believe that stories are our greatest weapons in fighting stigma. Stories were the only things that ever truly made me feel less alone. My parents wondered why I listened to such “depressing” music sometimes. Songs, themselves, are stories, and they gave me proof that I wasn’t the only one struggling. They proved to me that I could get through this, too.

I have always struggled with the idea that I don’t have a “right” to be depressed, or to be struggling. Every story I was hearing about depression in particular was full of trauma, and unimaginable tragedy. Perfectly valid stories, of course, but they made me feel even more that I had no right to complain about my life.

Of course, looking back, I can say that it was isolation, loneliness and boredom that contributed to my mental illness. But still there’s this idea that that’s not good enough. Ridiculous, right? So, that’s one of the biggest messages that told me I had to write Cuts & Bruises. I had to tell everyone else who battles this idea that it doesn’t matter why. Your feelings are perfectly valid, your pain is valid, no matter what, and you deserve help.

What were your biggest challenges with writing Cuts & Bruises?

I guess, as most writers with another career will tell you, time is always the greatest challenge. I was still in college when writing the first draft, and was lucky enough to land a job straight after, which I still have. So, there were plenty of times where I didn’t write for weeks or months at a time, as I simply had to prioritise other things. And that’s okay, I made it in the end!

I can make no secret of the fact that Samantha is completely a “self-insert”. I basically tried to recall my teenage self within her, and imbued her with my experiences with depression. The biggest difference between us, I guess, is she’s a much better artist!

Cuts & Bruises doesn’t really have a typical antagonist. Perhaps a couple of characters could be considered an antagonist, but that’s spoiler territory! However, I think you could consider depression to be an antagonist as well, something that causes the protagonist to work against herself.

What is the inciting incident of Cuts & Bruises?

The moment where Sam and Michael are truly drawn together kicks off the greater story of “Cuts & Bruises”. Samantha decides to go for a walk in the evening, despite the rain outside, and finds herself wandering towards the graveyard nearby. Whilst visiting her grandmother’s grave, she hears sounds from behind her and follows them towards the group of trees at the back of the graveyard. There, she finds the distressed Michael Gallagher, her classmate, with a noose swaying behind him.

What is the main conflict of Cuts & Bruises?

“Cuts & Bruises” is very interpersonal as it deals with Samantha’s struggles with depression and self-harming. In that sense, she is warring with herself a lot of the time. And as she and Michael grow closer, she becomes increasingly afraid of him discovering her secret habit. But Samantha isn’t the only one keeping secrets.

Did you plot Cuts & Bruises in advance, or fly by the seat of your pants and write freely?

I consider myself a “plantser”. I had a barebones outline prepared. I knew the major plot points I wanted to hit, the big scenes that I wanted to include, but nothing in great detail. Overly planning takes the fun out of writing, but some sort of guide is always useful for when you get lost.

Did you get support with editing, and how much editing did Cuts & Bruises need?

I did a lot of self-editing before I tried to find a publisher. I then enlisted some friends as “beta readers” which led to more editing again. Then, once I found my publisher, they assigned someone to help really tighten up the manuscript. The editor caught so many issues that I hadn’t noticed, I am so grateful to them. It took another few months to get through those edits, which was a bit stressful, but all for the greater good! I wanted to make sure I was putting out the best version of this story possible.

Honestly, the most important thing above all else is simply; read. I truly think I developed most of my writing skill subconsciously while reading. Read multiple genres, varied authors. You’ll find yourself naturally understanding how a story should flow and all the nuts and bolts that go with it.

Believe in yourself and take your time. Writing is a craft, and crafts take practice.

Ooooh. I have many, many ideas. Who’s to say what comes next? I eventually want to write in many genres but right now, as a young adult author, I’m developing a YA crime/thriller story that I’m quite excited about. Something along the lines of “One of Us is Lying”. Still early stages, but it’s very exciting.

Of course I am! It’s been a long time coming and there’s still a part of me that doesn’t believe it’s real. This novel is my baby. I truly hope it makes a difference, even in just one person’s life. I am so proud to have this be the story to start off my writing career. This is just the beginning!