I am a freelance journalist, a former BBC content producer and website editor for various educational institutions, and I live in Warwickshire with my husband.

My debut novel My Perfect Sister was longlisted for The Guardian’s Not The Booker Prize 2020 and was a Waitrose Weekend choice. My second thriller Her New Best Friend is out on 5th August published by RedDoor Press.

Along with EC Scullion I am the co-founder and editor of the Thriller Women http://www.thrillerwomen.co.uk blog, which publishes interviews with female thriller writers.

I have written stories and pretend books ever since I learned to write.

I had a collection of lots of story ideas, first chapters and rather terrible follow on chapters. When I turned 40 I decided that if I wanted to seriously write a novel Ineeded to get on with it, so I enrolled on Faber Academy’s ‘Writing a novel, the first 15,000 words’ six month online course, where I worked on the idea that became My Perfect Sister. Initially I told myself that the goal was to finish a novel and tick that off my bucket list. Of course though once I’d finished it my long-held ambition to be published reared its head!

About five years. Lots of rewrites, rejections, the amazing ‘yes!’ from my publishing company, followed by another mini rewirte, multiple proofreads and then a launch during a pandemic!

You generally have much less time with a second book. It took just over a year from starting writing it to its release – however the idea for the plot of Her New Best Friend had been swimming around in my head for longer than that.

Focusing on your latest release. What made you want to write Her New Best Friend?

I enjoy exploring why people may break the law and what their motivations are – I particularly like writing strong female characters. This novel has two – fundamentally different people but with something in common. I don’t want to give the plot away but the idea came from a ‘what if?’ scenario that popped into my head.

What were your biggest challenges with writing Her New Best Friend?

Second book syndrome! There was much less time to write it than my first and I felt under pressure with the worry that I wouldn’t be able to write another book that’s in the same genre but different from my first. The only cure for second book syndrome is to keep on writing and editing.

I have restricted growth due to the physical disability, Osteogenesis Imperfecta (more commonly known as brittle bones), that I was born with and I wanted to include a character with the same where she happened to have restricted growth rather than it being the plot. I’m very keen on positive disability representation. Also I think a lot of women can relate to the struggle to start a family. Audrey is a professional accountant who has longed for children and had a very difficult time achieving that aim but when she finally does so she feels she isn’t entitled to express her difficulties in adjusting to being a full time mother.

The ‘what if’ scenario I mentioned earlier. Claire is around a decade younger than Audrey and initially they become great friends. I don’t want to say any more as it’ll give the plot away so I’ll just say read the novel to find out more about her!

What is the inciting incident of Her New Best Friend?

Audrey is in the park with her five-year-old Antonia and baby Wilfred. When Antonia runs off Audrey follows her but to her horror discovers she hasn’t put the pram brake on properly and it rolls into the pond with baby Wilfred inside it. Claire sees this happen and comes to the rescue, which is when the two women meet. 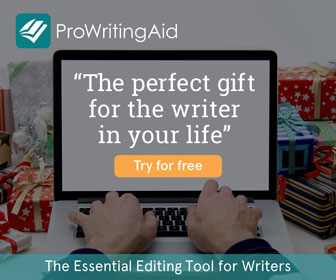 What is the main conflict of Her New Best Friend?

Hard question again without giving the game away! Claire and Audrey become good friends but how well does Audrey really know her?

Did you plot Her New Best Friend in advance, or fly by the seat of your pants and write freely?

A bit of both. I knew the beginning and middle before I wrote it but the ending changed a couple of times! Some of the characters and action came to me whilst I was writing. As I get to know the characters I have of an idea how they would act or react to situations.

Did you get support with editing, and how much editing did Her New Best Friend need?

My publisher edited the novel after I submitted it (‘d already self-edited it) and suggested a few changes, all of which made it a better book after the rewrite.

Sit down and write. Don’t put it off – it won’t write itself. Too many people make the mistake, as I did, of wanting to be a writer but not prioritising the time or thinking that they wouldn’t be good enough. Just like learning to drive or play the piano, writing well takes practice. Also – read widely in your chosen genre.

I’m currently writing book three – another domestic noir thriller – and have swapped between a few ideas. I’m not currently in contract and am hoping that book three will get me a deal with one of the main publishing companies. I’d love to see my novel available in supermarkets.

Yes, very much so. I’ve developed a thick skin to deal with all the rejection and think it’s important in that context to celebrate successes. It may sound cheesy but every time I hear from a reader that they enjoyed my book it puts a huge grin on my face. I still get a thrill every time I see my book on the shelves in a book shop.

Thanks very much for having me! My books are available to order here: https://uk.bookshop.org/lists/penny-batchelor-s-novels (NB I may receive a small commission from bookshop.org) and the ebooks from Amazon.