How Foreshadowing Built To The Plot Twist In Fight Club On The Table Read, the “Best Entertainment Celebrity Magazine in the UK“, author JJ Barnes writes about the film Fight Club, how the use of foreshadowing builds to the plot twist, and what we can learn for our own writing.

Foreshadowing is one of the most important techniques you can use in your writing. Whilst plot twists are designed to be exciting and rewarding for your audience, it’s foreshadowing that makes them work. Without foreshadowing, your plot twist will feel like a messy last minute thought.

When you look back over a book or film with a plot twist, you should see all the hints and clues from the start. Little hints pointing an arrow towards the end revelation. This means, when you do your big twist, it feels like it makes sense and your audience is drawn in. Without foreshadowing, the twist feels artificial and your audience is booted out. 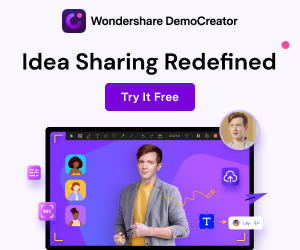 The Protagonist Is Never Named

Edward Norton plays the main character. We join him at a time in his life when he is suffering with insomnia, feeling unfulfilled by his life, and doesn’t know how to change it. He attends support groups to try and feel, but it isn’t working. It’s his story we follow as he meets Tyler Durden, joins a Fight Club, and goes on a journey of self discovery.

Despite being the Protagonist, the Narrator of Fight Club is never named. He talks through every event in the story, you follow him through, but he is never given a name. However, Tyler Durden is named. Repeatedly. This hints to the audience that the Narrator lacks an identity, whereas Tyler has a strong one. The sense of self is found in Tyler.

Whilst on the surface, Tyler and the Narrator look like strikingly different people, they share odd similarities. The Narrator favours plain, beige, and identity free clothes. Tyler, with his strong sense of self, has a strong sense of style. He wears bright and brash colours, spikes up his hair, and moves with confidence. They are opposite.

However, they are shown to use exactly the same briefcase. They wear the exact same underwear. For two men who appear so strikingly different, small things tie them together that anybody, other than themselves, would be unlikely to notice. This subtle little nod hints towards a deeper connection that is hidden from the surface. Hidden even from themselves.

The Foreshadowing In The Fights

In his quest to feel, the Narrator partakes in fights at the hidden underground Fight Club. A place where he can force feelings on himself through the medium of pain. This pain is inflicted on him by others but, sometimes, it isn’t.

The Narrator beats himself up in his boss’s office. He throws himself around, punches himself in the face, makes himself bleed. To the audience, he tells them he is reminded of his first fight with Tyler. This is a clear hint that fighting with Tyler is actually an act of self harm.

In another scene, Tyler is being hit in the guts by a man named Lou. The Narrator is watching, but when Tyler is hit, The Narrator doubles over as if it was he who has been hit. He is not an observer, he’s just having an out of body experience.

Sometimes, Only The Narrator Responds To Tyler

Because these incidents are clear, but not really commented on, they blend and might be forgotten. They’re there but not spot lit. Subtle foreshadowing that is only noticed on repeat viewing is the most ingenious kind.

The Narrator And The Out Of Town Fight Clubs

When the Narrator starts to track Tyler across the country, he is always one step behind him. But in every single town he arrives in, a Fight Club has been established, and people react as if they already know him.

In a bar, he meets a bartender who is sporting some pretty serious fight injuries. Whilst the Narrator is supposedly new to the town, it’s the bartender who greets him first. He isn’t new, he inflicting those injuries. He’d just checked out of the Narrator’s identity entirely whilst doing it.

Tyler Shows Up In Hallucinations

Prior to technically meeting Tyler Durden, the Narrator sees him everywhere. He’s in adverts on the TV, at support group meetings he’s attending, and in buildings he’s visiting. Because the Narrator is already established as an insomniac, and literally tells the audience that insomnia causes a blur between reality and fiction, you wouldn’t necessarily note this as strange. Hallucinations are part of his experience.

However, when he meets Tyler, it’s apparent he was imagining a man who is real. He just, supposedly, had never met him yet. These out of body experiences, seeing different versions of himself, start to catch up with him. That’s why we join him now in his life.

Why Foreshadowing Makes The Movie Perfect

Fight Club is widely seen as an incredible cinematic accomplishment. Whilst the performances and story are all superb, the foreshadowing plays a huge part in the success. It’s baked into every single moment of the story, without ever being drawn attention to so much that it’s heavy handed. Yet, when you watch again and again, you’ll find more and more examples.

When you come to write your own story, take inspiration from Fight Club. It’s nearly impossible to foreshadow with this level of expertise in a first draft. You go back in editing. Seed the climax in early. Drop hints to the plot twist from the beginning. Be subtle. Trust that your work will impact your audience enough that the plot twist makes sense, even if they haven’t thought about it. All the work you’re doing will go into their mind, they just won’t realise you’re doing it.

I’ve covered a few examples of foreshadowing from Fight Club, but there are more. Comment and tell me your favourites. The moments that stand out to you as pure genius. That tell you the writer and director knew exactly what they were doing, planned it meticulously, and executed it perfectly.