How To Write Character Backstory On The Table Read, “The Best Book Reader Magazine in the UK“, author JJ Barnes shares her writing advice for how to write character backstory in a way that enhances your story.

An argument for writing a lot of backstory in advance of telling your story is that you’ll go in with a full and rounded understanding of your characters. You can send them into situations and conflict knowing you can make their behaviour consistent and not accidentally break their character by having them react strangely because it suits the moment rather than the character as a whole.

A solid backstory will also help ensure each character is unique and has a layered motivation which makes them a far more dynamic and interesting character to read.

The better you know and understand who your character is, and why, the more convincing you can make that character be.

If you have a lot of character backstory already plotted, it can be tempting to overload it on your story. An info dump of backstory makes for dull reading, and can distract from forming opinions on them as new people and how they are in the present day.

If you go in fresh and discover who they are along the way, you can fill in backstory, such as a troubled childhood or bad relationship, as it suits your story now. That will then shape their behaviour and be interesting, but only comes out when it’s actually relevant and interesting rather than crowbarring it in just because it’s there in your head and you’ve created it, so you don’t want to waste it.

Another problem with writing too much backstory in advance is you might feel trapped by it. If you are telling your story and you find you are going in a slightly different direction than you expected, or you think of an interesting plot development as you write, but find that the backstory you’ve so meticulously created for that character doesn’t suit then you can feel unable to explore that idea, and thus restricted in your creativity.

If you’ve not gone too deep into their character prior to telling the story, you can grow them as you write, and find reasons and ways to follow the ideas you have without limitation.

That said, if your character has no history, and no scars and damage from their past, then they’re going to be flat and uninteresting. So, whether the backstory is part of what you’ve prepared, or it’s discovered along the way to suit your story, revealing it an interesting way is the key to writing a successful character.

Integrating backstory in an interesting way can be done in a variety of ways. Flashbacks are a way of taking your audience with your character to experience those key events in their life directly, or by how they react to circumstances in the present day that reveals something about who they are.

A common trope for revealing backstory through interactions is the “bad boy with a heart of gold”, who treats his girlfriend terribly, but has a lot of scarring and damage from his past that he slowly reveals, that makes the audience sympathetic to him, and gives her motivation to stick around and support him.

Showing how a bad character got that way in their backstory, how the bullied becomes the bully, is a way of humanising an Antagonist and creating a layered and interesting character.

It’s a really good way of developing a character because first you learn about who they are now, and then you learn how they got that way. It doesn’t overload your audience, but it does help build the relationship between character and audience. 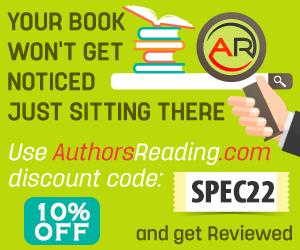 Make Sure Your Audience Wants It Before You Reveal It

Ultimately, it’s important to remember that you shouldn’t reveal character backstory to your audience until they care enough about that character to want to learn it.

If you start shoving backstory into your plot before your audience cares, it’s overloading and off-putting, and if you include backstory that is irrelevant to who that character is now and the story you’re telling, nobody will care, and your readers or viewers will get bored.

When your audience has developed feelings of either positivity or negativity towards your character, you can either develop and intensify, or challenge those feelings, by revealing backstory. It makes your characters deeper and interesting, and your audience will become more emotionally invested and care more about what happens to those characters. But if you heap paragraphs of backstory in that don’t move the plot forwards, just keep the characters in the same place whilst giving the audience a history lesson, your story will feel stagnant.

5 thought on “How To Write Character Backstory”