On The Table Read, “the best arts magazine in the UK“, artist Davood Roostaei, a refugee from Iran, is making worldwide headlines for painting a monumental piece to raise $1 Million for Ukraine relief.

Artist and refugee Davood Roostaei previously spent time in jail for his art, and is now making worldwide headlines for painting a monumental piece to raise $1 Million for Ukraine relief. He is loved by art collectors and celebrities worldwide, including Paul McCartney, Sir Anthony Hopkins, and Hillary Clinton just to name a few (we have photos that you can include of them as well).

Painting with no brushes and only his fingers, Roostaei is celebrated for his work and original technique he created called Cryptorealism (LA Weekly, Art&Object, Flux Magazine, OK! Magazine, Benzinga). 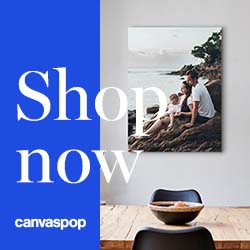 A refugee from Iran who spent time in prison for his art and now living in Los Angeles, Roostaei was a firsthand witness to war and brutal dictatorship, he is now a committed champion of peace. The war in Ukraine has affected him beyond words, so he is using his art to convey his feelings, hopes, fears, and universal truths. The new painting for Ukraine is both a mediation on peace and a call for it. You will have exclusive access to document his stunning process as he finishes it.

Roostaei will also share his jaw-dropping career and journey that began as an artist in the late 1970s when the Iranian revolution violently disrupted his art studies, and he was thrown in jail for two years for art deemed subversive by the regime.

Upon his release, he sought asylum in Germany when life began as an artist in 1984 before moving to America. Over the last 40 years, Roostaei has become synonymous with a style he developed called Cryptorealism. He is currently being shown in Beijing’s Museum of Contemporary Art, Vancouver Fine Art Gallery, and the Pashmin Art Gallery in Shanghai and Hamburg, Germany.

The profoundly interesting Cryptorealism technique, method, and way of thinking involves overlaying levels of images, meaning upon meaning, purposefully and dramatically to engage the viewer with those perspectives. It is an expression of hidden meaning, revealed through layered imagery, which requires active participation by the observer.

He puts the whole world in front of us, but at the same time, he shows us an underworld of meaning. He has foregone the use of paintbrushes since 1986, using only his fingers in executing his oil and acrylic paintings which enables him to connect more viscerally with his work.