Daydreaming. Looking back on it that is what originally inspired me to write. As is the curse of the introvert, I have spent my whole life stuck inside my head, but thankfully, I have always had an overactive imagination, and no shortage of amazing fictional characters to pass the time with.

Whether it was sitting in class, or playing outside with friends, my mind was always quick to drift off into thoughts of Spider-Man, Batman, Robocop, Snake Pliskin or Buffy the Vampire Slayer. I have spent so much time wishing I lived in their exciting worlds rather than my own.

Shamefully, it took me a good long while to act upon this frenetic state of mind, but eventually, I came to realise that all I wanted to do, was give back a little if possible. To create worlds and characters of my own to add to the ever-expanding pantheon of fictional icons and mythic flights of fancy, in the hopes that some fellow daydreamer might immerse themselves in, and forget all about their troubles and complexities if only for a short while. For me, to create an escape such as that, is the pinnacle of my ambition as a writer.

I did the university thing several times over, tried numerous different hobbies, but nothing has ever meant as much to me as trying to harness the bubbling stew of my imagination into literary tales of good versus evil, champions and tyrants and monsters, heart and sorrow and vengeance.

Sitting there, working on a story, and watching it all come together, draft after draft, right up until completion and publication, is the most rewarding experience I have ever had. And it isn’t just the excitement of getting it out into the world for readers, or even the, dare I say it, pride that I’ve accomplished something, no, the greatest feeling is knowing that the rough character outlines and the then-as-yet-unrealised plot has (hopefully) all come together into a cohesive and rewarding piece of fiction.

Having spent so many years wondering what it must be like to be the creator of the characters that I, and millions of others, obsess over, it’s a tremendous, albeit scary feeling to know that I’ve built something too. Sure, my creations will very likely fail to reach the heights of any of the grand fictional worlds and characters I admired as a boy, but they’re still mine, borne of my imagination, given agency and flesh by my hard work, and it’s exhilarating to transplant them from my thoughts to the page.

I believe some writers are content to create individual worlds for each book, before moving onto plant a new seed of an entirely different story, whilst some writers prefer to go a little deeper into their worlds and plant an entire garden by expanding into sagas. And of course, some writers do both.

For example, I have released three stand-alone novels myself, however, the second I first decided to try my hand at writing a book, I knew I wanted to take the grand, epic approach and develop an entire series of books. The reason for this was that I wanted to tap as much of the well as possible. Plus, at the time of writing my first fledgling novel, I was reading two terrific series of books by F. Paul Wilson and Charlie Huston, starring Repairman Jack and Joe Pitt respectfully. So, enter Hourglass. 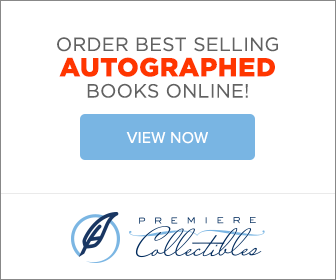 The thought of creating my own universe feels stylistically limitless (within reason of course), allowing me to go crazy and indulge in as much or as little of my favourite topics and themes as possible, from monsters to spies, mercenaries and other worlds, superpowers and deities which wouldn’t look out of place on an Iron Maiden album cover, but above all, love, friendship and finding a cause worth fighting for.

How else could I create a long-form story pitting a geeky comic lover against a problem so far beyond his station that it will not only irreparably alter his life, but will one day (in the final book…when I get there!) alter the very existence of life and death itself — I’ve kept that suitably vague, right? No spoilers here!

Love For My Characters

So to me, whether I write another one-off novel or not somewhere down the line, I think Hourglass is the series I was meant to write. It’s the culmination of everything I have to share creatively, and even though I do get other story ideas popping into my head, they each tend to take a backseat to the saga which is essentially an ode to all the things which kept me sane as a 90’s kid and even now (especially now!) as an adult. And whilst I have kept the first two books in the series (Hourglass, and The Ferryman’s Toll) largely self-contained, there are enough references and call backs to establish that this is a universe very much in its infancy, with a lot more growing to do in terms of raising its stakes. And just knowing this really lights a fire under me.

It’s exciting thinking about the paths I’m setting for my characters, and the trials which will shape them on their way to their final destinations, and remembering where they came off, and seeing how they’ve developed through bonding and bloodshed. It’s a joy to think a reader might get lost in this journey and be champing at the bit for the next instalment in the exact same way I do as a consumer.

Giving My Readers A Thrill

Actually, I’d say that sums it up neatly, that as a fellow rabid consumer of various intellectual properties, and knowing intimately the gooseflesh-inducing excitement of waiting for that next literary or cinematic/televised hit, it’s wonderful to think that somebody might be getting the same kick out of my books. Its incredible motivation, and incredibly rewarding. And that’s what compels me to write.