On The Table Read, “the best entertainment magazine in the UK“, Presidential Candidate, US Secretary of State, and former First Lady Hillary Clinton talks about the future of politics on new podcast, The We Society.

“Biden has done a very credible job as president, but he’s not a performer. And that is a real problem.”

In an exclusive British podcast interview for “The We Society”, former First Lady, Presidential Candidate, and US Secretary of State, Hillary Clinton outlines her fears for the political future as she rails against the power of social media, and politicians who are prepared to use it to spread lies in the name of free speech.

On current politics, Clinton says she is supportive of what President Biden has achieved as leader but admits that he has failed to cut through with the public.

You can listen to the podcast episode here.

“Biden has done a very credible job as president, but the times that we are living in, particularly the media world in which we find ourselves in, is bored by accomplishment, bored by productivity. People can’t explain exactly why they are not lit up and excited about him, but it’s because he’s not a performer. And that is a real problem.”

She also believes what she calls “Performance politics” is to blame for the rise of Trump, and Brexit.

“It’s so much easier to stoke people’s fears and anger than it is to provide hope and constructive alternatives,” she says, “If you watch what happens on social media, you have people literally being led by algorithms into deeper and deeper conspiracies and social media rabbit holes that are aimed to ensnare them.”

“You saw it in Brexit when people made up all kinds of wacky stuff. They lied shamelessly and the other side was kind of, you know, bollocksed. They didn’t know what to do or say and didn’t do a very good job of it. When you’re on the opposite side of shameless lying, you really are thrown off balance”.

The We Society, a new podcast from the Academy of Social Sciences, is presented by Academy President, author and journalist Will Hutton. In the series, Hutton talks to leading social scientists and thought leaders across public life discussing contemporary challenges confronting the UK and our world, and how we can best navigate our shared future.

First Lady Clinton addressed the central notion of “The We Society” claiming the podcast was “particularly timely”.

“In a democracy, the “we” is those of us who are citizens, and the leaders that we choose to govern us,” she says.

“If you recall, the preamble to our United States Constitution begins, “We the people…”. So the “we society” is rooted in very fundamental values, about how we come together in solidarity to take collective action for the common good. It is now in peril because of all of the developments socially, technologically, politically, economically, that have elevated individualism far above social needs or social desires. And so, I think your podcast is particularly timely.” 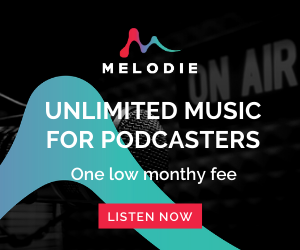 In the wide-ranging 40 minute interview recorded on her recent visit to the UK, Clinton also touches on what she sees as the big challenge in education:

“It’s really hard to compete with this omnipresent screen that children have access to. I’ve had veteran teachers, who’ve taught for ten, 20, or 35 years and when I ask them, “What’s the difference now between the kids you have and the kids you used to have?” They tell me that kid’s eyes just glaze over. They’re so used to entertaining themselves on a screen.

“I’m not that entertaining. I’m trying to get them to understand multiplication or, you know, conjugating verbs and I am being turned off”, one of them said to me, “I can just see their eyes like turning me off. I’m not entertaining enough”.”

Clinton believes the impact runs deep. “We’re seeing evidence of our kids being made more anxious, sometimes depressed by their intensive use of social media and screens. And one of the great ironies of this is that a number of the executives in Silicon Valley who create and promote the screens and what goes on them forbid their own children to use them.”

Future Episodes Of The We Society

Start listening to the ‘We Society’ podcast today on Google, Apple podcasts and Spotify.

About the Academy of Social Science

The Academy of Social Sciences is the national academy of academics, practitioners and learned societies in the social sciences. The sector’s leading independent voice in the UK, we champion the vital role social sciences play in education, governments and business. This report has been kindly supported by SAGE Publishing.

Whistledown are one of the leading audio production companies in the UK making radio programmes and podcasts. Established in 1998, with offices in London and Glasgow, they make a number of programmes for the BBC including Radio 4’s The Reunion presented by Kirsty Wark, and the multi-award winning podcast series The Great Post Office Trial which exposed the scandal of wrongly prosecuted sub-postmasters and mistresses.

Find The We Society Now

You can listen to the podcast episode here.

Start listening to the ‘We Society’ podcast today on Google, Apple podcasts and Spotify.