On The Table Read, “The Best Book Reader Magazine in the UK“, F.J.Lily releases SongStarz Beginnings, the first book in the new YA Book Series about teenage girls in the SongStarz TV competition.

Following the SongStarz musical for schools that launched in 2016, F.J.Lily’s SongStarz Beginnings is the first instalment of a new 15 strong book series that tells the story of how Issy’s organised life is turned upside down when Lola covertly enters their band into the SongStarz TV competition.

With SongStarz already known to thousands of young people and adults who have been involved in productions of the SongStarz musical, creator and author F.J.Lily has now launched SongStarz Beginnings, the first book in the SongStarz series, along with a new school musical for 2022. Newly published and aimed at readers aged 9 to 18, the first instalment of this 15 book series tracks Issy and her friends’ quest to find stardom via a TV competition.

Sharing the ups and downs of teenage friendship circles, with a host of quirky characters, this contemporary series not only keeps its upper Middle Grade/Teen readers enthralled but is a series that totally ‘gets’ the interests and essence of today’s teenagers.

Relatable and fast-paced, the SongStarz series is supported by companion books, songs, music and related media. It has the potential of becoming a defining series for this star-struck, social and socially aware, tech savvy generation. 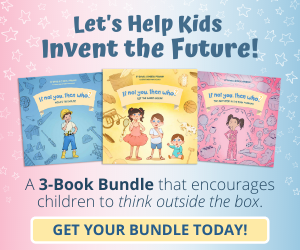 All Lola wants is to be a STAR! All Issy wants is to be left alone, thank you very much. All Cass wants is to play her drums, read ‘Live Your Best Life’, and for everyone to get along, if it isn’t too much trouble.

This doesn’t seem at all likely when Lola secretly decides to do something which, at best, can only be described as… unexpected, entering them into SongStarz, the television show, and heading them down a path that feels, to Issy, rather like an out of control juggernaut with no brakes.

Issy is in no doubt that Magda Deveraux, their mysterious, fierce and uncompromising Guardian will turn them into SPAM! when she finds out.

Even if they can break out of the high security Military Base where they live and where nothing is quite as it seems, will Issy be able to do what Lola wants?

F.J.Lily and publishers, Corimis, are waiving performance license fees for schools for the new SongStarz Beginnings Musical, offering it free July to December2022 to secondary schools wishing to stage it and put money raised through ticket sales to the SongStarz Fundraiser for humanitarian aid for Ukraine via DEC (Disasters Emergency Committee – www.dec.org.uk)

If you are a company or organisation, you can sign up for a variety of corporate ‘SongStarz Creative and Wellbeing Challenges’ July to December 2022, proceeds for 2022 also going to the SongStarz Fundraiser for DEC’s Ukraine humanitarian appeal.

For more information go to the SongStarz Fundraiser page at www.songstarz.com 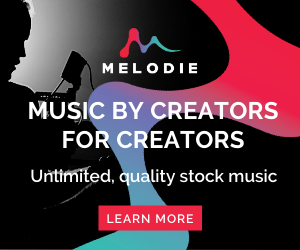 After studying song writing, she created a virtual girl group to write songs for (The Cutie Catz – aka Issy, Lola and Cass) and then other acts, before coming up with the idea of SongStarz and writing the books centering on the SongStarz television show, studying creative writing and adapting the SongStarz books into a musical for schools.

Alongside creating SongStarz, F.J.Lily has worked with businesses and the NHS for many years.  She lives in the U.K, and, when she’s not working, writing and song writing, she plays guitar, and hacks at the brambles in her garden.