On The Table Read, the “Best Entertainment Celebrity Magazine in the UK“, the team at Solitaired have shared their top 10 party games to enjoy at your Queen’s Jubilee party.

As the country gets ready to celebrate the Queen’s Platinum Jubilee to mark Queen Elizabeth II’s 70 years of service, gaming experts Solitaired share their pick of games to make your street party or family gathering fit for a royal over the bank holiday weekend.

Both players start with a board each, filled with royal family members face-up, and select a mystery character card, of which only they can see.

Players take turns asking yes or no questions in order to guess which mystery card their opponent has, for example, did they marry a royal? Are they wearing glasses? Do they have children? Those that do not apply are flipped face-down, leaving the remaining characters face-up. Once a player thinks they know which card their opponent has, they have one chance to guess who it is. If a player guesses the card incorrectly, they lose. 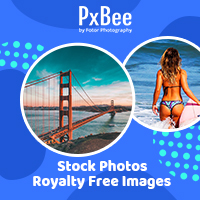 As seen in The Crown. It’s typically a drinking game, but if there are children, the rule can be changed so that players perform a forfeit instead of drinking. Players form a circle and are assigned a number. Players are known as “ibble-dibble”, followed by their number. Traditionally a bottle cork is blackened, but a marker or face paint can also be used to make a mark on the player, known as a “dibble-ibble”.

The rules are simple, whoever’s turn it is must identify themselves by their number, for example, saying the number of black marks on their face, before calling on the next player of choice, identified by their assigned number, followed by how many marks are on their face. For example the first round would go something like: “Number one ibble-dibble with no dibble-ibbles calling number five ibble-dibble with no dibble-ibbles.” Player number five would go next. Players that hesitate or mess up the sentence must apply a black mark to their face and drink (or perform a forfeit).

The longer the game goes on, the harder it gets! The winner is the player with the least amount of marks at the end.

Parlour games have been a tradition of the royal family since Queen Victoria’s era, and the Queen is known to love a game of charades. Players write down a film, book, song, play, TV show, or phrase which are then put into a hat. Players are split into two teams and individually, players take an item from the hat, which must then be acted out silently for their team to guess. The player who is trying to act can use hand signals and miming to try and lead their team to the answer.

Deal a deck of cards out equally to players; whoever has a Queen card gets to make a rule that all the guests must follow for the day. Any rule-breakers must take a drink or do a forfeit.

As the country’s favourite sport, football has a long history associated with England, and the royal family are reportedly fans of the game too. The Queen had apparently revealed to Buckingham Palace staff that her favourite team is West Ham. Prince Charles once shared his support for Burnley. Prince William has been President of the Football Association (FA) since 2006 and has supported Aston Villa since age 11. Kate is allegedly a Chelsea supporter, according to an eight-year-old fan who revealed the information after speaking with the Duchess of Cambridge. Prince George has also been spotted cheering enthusiastically at football matches with his parents and playing for his school team.

The royal family hosts an annual football match at Sandringham against household staff. Families organising a kickabout over the jubilee weekend can do so with the royal seal of approval.

It is known that the royal family used to enjoy playing a game of monopoly, before the Queen banned it from being played at family events after it got out of hand. Just because the game is now banned from royal functions, it doesn’t mean you can’t still enjoy playing, if you are still on speaking terms after the last time you played. 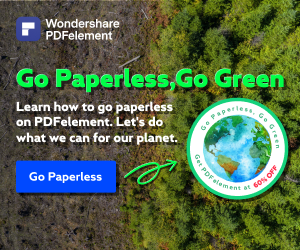 Host your own ‘Great British Bake Off’ style competition with easy to bake royal-themed treats that kids can get involved with. Assign a panel of impartial and hungry judges. The winner with the best bake is crowned King or Queen of baking.

Enough to bring the inner child out of any adult, and a great way of having fun with the kids while engaging their creative side. Build a castle hideout using items around the home (blankets, cardboard boxes, chairs etc.), and enjoy your own DIY royal residence.

Put your arts and craft skills to the test by using craft materials such as paper, pens, glitter etc. to make and decorate the best paper crown. It’s a group activity that lets kids add their own personality to their crown. Crown templates are available for free online.

You can also put a royal twist on these family party games:

Solitaired is a website where users can play over 500 games for free.